Book One in the
Shilo Manor Series

Fated was previously published as The Transformation of Anna under the Cornerstone Deep series. As the series progressed, it became obvious Cornerstone Deep, the name of the dimension in which the Shilos served, wouldn’t cover all of their travels as Sentinels. The series has been renamed Shilo Manor, and the first book renamed Fated to fit the overall theme. Fated, along with a new cover, has a new Bonus Chapter requested by the fans. 🙂

Sign up to my VIP Readers Updates to stay up-to-date with all that is going on there!

An ethereal call for vengeance.

“My life is a mirage of endless time. But you engulf me, rivet my mind, encompass my soul.”

What do you do when you lose your soul mate in a dimension that doesn’t offer rebirth? Cole knows well the devastation it leaves and buries himself in what’s left to him; his duty as a Head Sentinel to the Realms.

For centuries, he has harvested the homeless and delivered them as servants to the nobles of Cornerstone Deep, doing whatever it takes to keep the noblemen content and their minds off what lays beyond the Portal to the Realms.

When he is sent to harvest a second-class woman, who has broken a new curfew, he expects indifference. But Anna’s soul calls to him, and the moment their lips meet, Cole knows he’s made the biggest mistake of his very long life.

Reincarnation isn’t possible on Cornerstone Deep. Is it?

Fated is the USA Today bestseller and first book in the award-winning Shilo Manor series. If you like compelling alpha heroes, gripping love stories, and magical worlds, then you’ll love Charlene A. Wilson’s Dark Fantasy romance.

~ Praise for this series comes in strong ~ 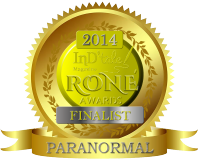 “The first in The [Shilo Manor] series, beckons the reader into a romantic tale as old as time, love solidified by the bond of the soul. The author easily delivers a lyrical tale with a flair for portraying the romantic side of men. The beautifully crafted cast of characters is the highlight of the tale. From developing the unique personalities of the Shilo brothers, to the sheer madness that is the ruling class, the writing flows almost flawlessly into the familial dynamics of the Cantrell family.”—Penelope, InD’Tale Magazine

“[Fated] is first-rate fantasy, with a healthy dose of romance added in. Wilson has created a plausible, multi-dimensional world complete with gods, mythologies, and engaging characters. The world Wilson has created in [Fated] is complex, but infinitely and easily accessible to the reader. It’s quite an amazing and impressive work with lots of action and adventure, heroic characters, and an elegant and satisfying romance.”—Jack, Readers’ Favorite

What Readers Are Saying:

“Simply magical. Charlene A. Wilson’s [Fated]is a touching tale filled with magic, romance, love and perseverance told with an almost mystical quality!… Ms. Wilson has taken a blank canvas and created a stunning piece of literary art with her words. Never rushing, each page flows in smooth succession while she kept me spellbound through the entire tale filled with all the elements that make for an incredible read. Magic abounds, as well as deceit, treachery, love, and honor. While these elements are not new to literature, the presentation made by Ms. Wilson is truly unique and holds its own kind of magic. Each character has been fully developed and given life through her words, some most definitely evil, some innocent, some honorable, but each feels alive. Her ability to create realistic dialogue and to express the innermost thoughts of her characters is a beautiful thing, from the easy-going brotherly banter to the inner torment of wanting something so badly, but refraining from taking it. [Fated] is a thought-provoking journey filled with the magic of love.”—Dii, Tome Tender

“Ms. Wilson’s excellent world-building created dimensions, Gods, wizards, a weasel of a villain in Lord Dressen, along with a precious love story involving reincarnation, mind manipulation, and magick. [Fated] is the first in the [Shilo Manor] series. Ms. Wilson’s story-stars, Cole, James, and Vincent possess their own unique abilities, but also depend on the strength and power of each other. I found each of them worthy of admiration and honor in their own right. This magical romance is a touching story of love and perseverance, one that was hard to put down. If you’re hungry for a deep, yet magical, romance, pick up a copy, you won’t be disappointed. Next up in the series, Echoes.”—Kay Dee Royal Blog

“[Fated] is first-rate fantasy, with a healthy dose of romance added in. Wilson has created a plausible, multi-dimensional world complete with gods, mythologies, and engaging characters. The world Wilson has created in [Fated] is complex, but infinitely and easily accessible to the reader. It’s quite an amazing and impressive work with lots of action and adventure, heroic characters, and an elegant and satisfying romance.”—Jack Mangus, Readers’ Favorite

“[Fated] by Charlene A. Wilson is a beautifully stunning and deeply touching story of the darkest of treachery, the rebirth of lost love, and the discovery of hidden secrets. Being left absolutely breathless and deeply astonished after reading such an extraordinary story is a new experience for me. I am anything but disappointed in this superbly enchanting and endearingly exhilarating tale of deeply true and lasting love. My heart was captured and lost to this spellbinding journey!”—Amber McCallister, The Wonderings of One Person.